On 4 and 5 May 2012, the world’s most significant conference on energy efficient construction brought over 1000 experts from 45 countries to Hanover, Germany 2012 to distil concrete solutions for an EU wide energy revolution based on energy efficiency from the vast pool of Passive House experience. Some 40,000 Passive House buildings totalling circa 20 million square metres in area currently offer their users the highest levels of comfort while saving them roughly 240 million euros (approx 320 million dollars) annually in energy costs; these numbers are rising sharply.

Hanover / Darmstadt, Germany; 9 May 2012 – Cutting national budgets while encouraging growth and reducing unemployment – this is currently the top priority for the EU and governments around the world. How to harmonise these seemingly opposing goals and in so doing produce positive ripple effects was highlighted at the 16th International Passive House Conference in Hanover, Germany. If the new EU Energy Efficiency Directive with the necessary accompanying measures is quickly implemented, it could lead to full employment in many sectors Europe-wide by 2030, which in turn will boost economies and reduce debt.

Over 1000 participants from around the world gathered to discuss these and other pressing issues at this year’s Passive House Conference, put on annually by the Passive House Institute. The event is becoming increasingly international; approximately half of the participants in attendance came from non-German speaking countries; South Korea, Japan, the US, the UK, Norway, Belgium and France were particularly well represented. In 16 sessions, 90 speakers outlined their Passive House solutions and experiences. Passive House new builds and retrofits as implemented in a surprisingly wide variety of climates were presented, as were Passive House non-residential buildings ranging from offices to hospitals. Time and again, Passive House is shown to bring about energy savings and thus CO2 reductions on the order of 80% as compared to typical new builds... 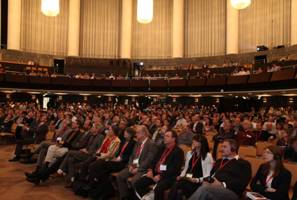 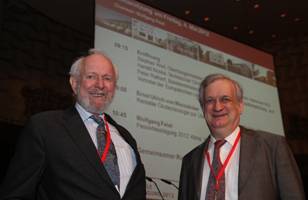